Conrad Petroleum Ltd is a private oil & gas exploration and production company headquartered in Jakarta. Our asset base includes a number of production sharing contracts in shallow water near existing infrastructure and is predominantly composed of natural gas. As we currently operate all of our projects, we control the development of all of our assets.

Mature projects and monetise principally via divestiture or farm-out for development. Allow others to fund lower-risk / lower ROI development expenditures. 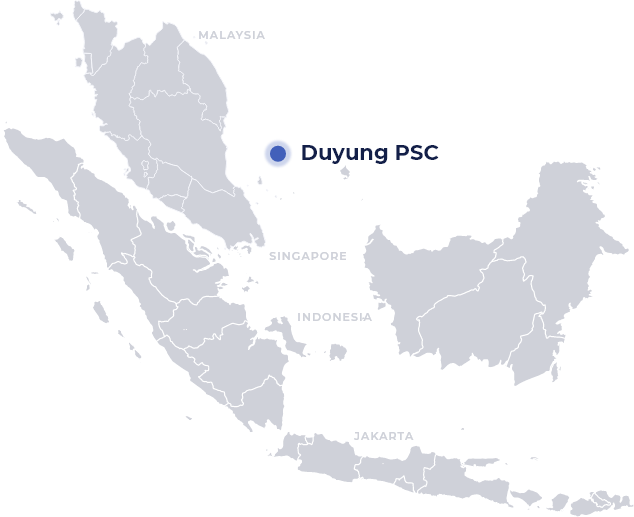 In June 2017, Conrad drilled the successful Mako South-1 exploration well, discovering the Mako gas field. The Duyung PSC was converted from the cost recovery scheme to the gross split scheme in early 2019 upon the agreement of Conrad and the Government of Indonesia.

The development plan for the Mako gas field (the POD), originally submitted in August 2018 and re-submitted under the gross split regime in January 2019, was approved by Indonesia’s Ministry of Energy and Mineral Resources (MEMR) in February 2019. In November 2019 the Company concluded another  successful appraisal drilling campaign in the Mako gas field drilling the Tambak-1 and Tambak-2 wells. The wells flowed dry gas to surface through a drill stem test and discovered a thicker than expected sand package of high permeability, the best drilled to date in the field.

Having now drilled three wells around 17 kilometers apart maturing the Mako gas field and proving it is one continuous single tank of natural gas, the recoverable resources is currently being upgraded.

The Mako gas field is a very large gas accumulation with lateral extent of approximately 340  km2 located adjacent to underutilised infrastructure and a strong energy market. 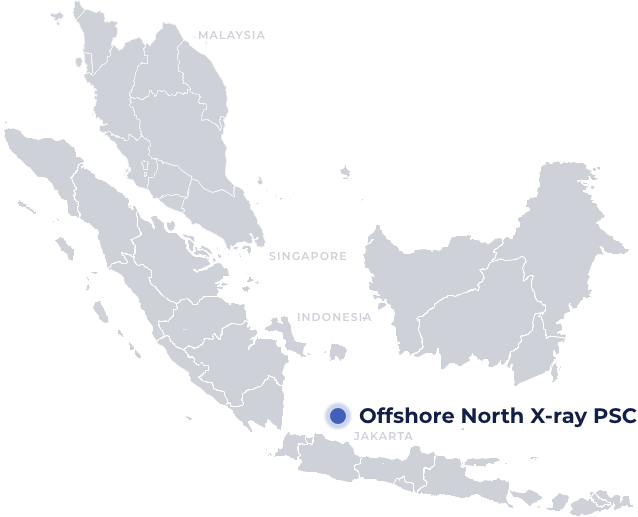 The Offshore North X-ray PSC covers 800 km2. It is located in a proven petroleum province and is close to existing producing blocks operated by Pertamina and CNOOC. The PSC is close to Indonesia’s largest gas market and lies approximately 100 km from one of the country’s main gas receiving terminals.

Conrad has fulfilled all of its work commitments on the block. After analysing 2,000 km of 2D seismic acquired in 2017, Conrad has identified a series of prospects and leads lying updip from existing wells with gas shows, and is looking to acquire a 3D seismic survey over the most prospective part of the PSC to mature some of its leads to prospect status.

The location in shallow waters near the shoreline and infrastructure provide a low cost impactful exploration opportunity. Conrad will seek partners for the next phase of exploration in this underexplored PSC.

X-ray benefits from the combination of being in shallow water depths near a high demand market and having favourable PSC terms. 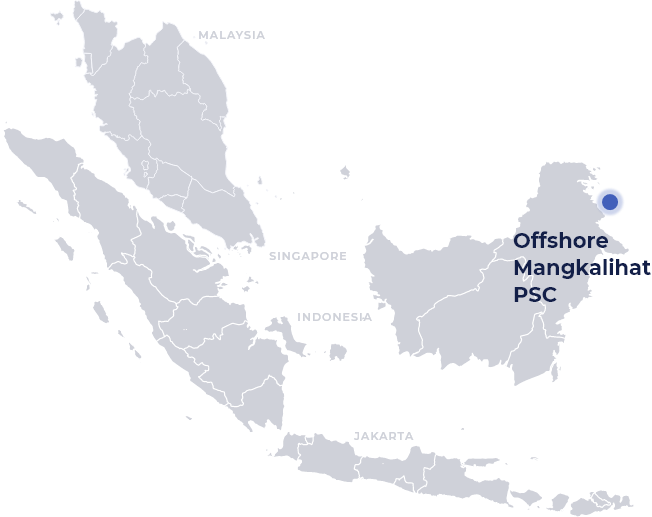 The Offshore Mangkalihat PSC covers an area of 1,650  km2 in the prolific Tarakan Basin (northeast Kalimantan), a proven petroleum province of Indonesia established for almost a century, containing giant fields such as Bunyu and Pamusian with reserves exceeding 200 million barrels of oil equivalent.

The PSC contains low-risk high-impact exploration targets close to, and on-trend with known oil and gas accumulations and oil discoveries. Conrad has an aggressive exploration program planned for the PSC having recently purchased a 1,800 km2  multi-client 3D seismic survey. The Company plans to acquire a further 650 km2  of tightly spaced 2D seismic to mature a very large prospect.

Several prospects and leads have been identified in the northern and southern parts of the blocks with large potential for a commercial discovery of gas and oil. Any oil discoveries will be able to be brought online and into production quickly.